The irresistible rise of the rose 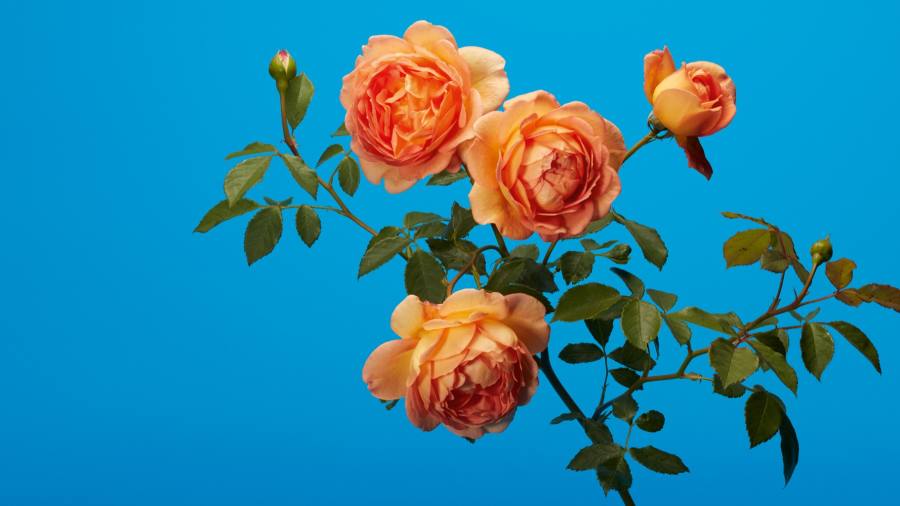 Within each rose there is so much variation,” says floral designer Simone Gooch, who this autumn publishes her first book with photographer Derek Henderson, entirely focused on arrangements of stems cut from flowers at the New Zealand farm Matthews Roses. In late 2019 Gooch, the London-based founder of Fjura, travelled to the north island of New Zealand where she and Henderson spent 10 days, from morning to late evening, shooting 150 varieties of flowers in the beautiful light of a local village hall close to the farm. “I didn’t have to think of anything but the flowers, which were all different sizes and forms, some singles, some floribundas,” says Gooch. “The colour variations were incredible, and the fragrances. It was the most dream-like week.”

The rose has long inspired grand obsessions. When Empress Joséphine bought the Château de Malmaison outside Paris in 1799 she set about collecting every available cultivar. During the Napoleonic Wars her roses – and her London-based advisor, John Kennedy – were given safe passage across the Channel. By the time of her death in 1814, she had created the largest rose collection in the world, famously recorded by botanical artist Pierre-Joseph Redouté, which would inspire a generation of rose breeders and collectors.

Even more modest enthusiasts will relate to the covetousness that these plants inspire. At David Austin Roses, the Shropshire-based breeder of some of the best-loved modern varieties, sales have boomed, with a 200 per cent increase year on year last February for the sale of bareroot roses (which are sold while dormant and planted in winter). There was also a 134 per cent increase in 2020 in the sales of roses that were potted up, compared with the previous year.

For many rose fanatics it’s the old roses that have a special charm, with their voluptuous velvety petals and incredible scent. When Manolo Blahnik was growing up on La Palma during the 1950s, his mother collected old roses from France and England. “She took such care of them and they smelt so beautiful – it is the smell of my childhood,” says Blahnik from his home in Bath, where every corner of his terrace is smothered in pink roses, including the climber “Mortimer Sackler” that inspired his “Trellis” stiletto boot.

Every rose has its thorn, so give the pricks a kick with deerskin leather Gold Leaf gardening gloves (£14.99), as worn by growers at legendary RHS sites such as Wisley, Rosemoor and Harlow Carr. Prune with Niwaki’s Japan-made Kurumi secateurs (£159), with walnut-wood inlays. Go large with Great Dixter’s Sussex trug basket (£90), made from coppiced sweet chestnut and willow – created by the same family who supplied Nathaniel Lloyd, the garden’s former owner, 100 years ago. For training shrub roses to promote more flowers, à la Lady Ursula Cholmeley, Muntons does metal Lobster Pot cages (from £210).

Display cut blooms in Astier de Villatte’s Cascading Flowers Vase (£332), or Petersham Nurseries has a set of six glass bud vases for single stems (£63). Petersham collaborated with organic soap brand La Eva on its Roseum Body Wash & Lotion (£85 for set, 500ml each), a blend of rose geranium, citrus, petitgrain and warm clove. And here’s one for the garden bench with a coffee: Stokesay Court’s Victoria Martin has written a book, Favourite Roses for Cutting (£15), with advice on cultivating the flowers in her and her husband’s old-rose-filled Shropshire garden.

For Blahnik the rose is interwoven with everything he loves about Englishness, from the damask blooms of country house chintz to the waft of Floris’s rose scent that enchanted him when he first arrived in London in the early ’70s. “Roses are a part of the culture and why I came to England.”

His passion for the old roses includes the extraordinary striped “Rosa Mundi”, which dates back to the 13th century, and the Bourbon roses, such as the luscious “Souvenir de la Malmaison”, which were bred from the early 19th century. “They open so beautifully with so many layers – they are incredibly mysterious.” To see similar varieties in full froth, head to Mottisfont in Hampshire where an old vegetable garden was repurposed as home to the national collection of around 2,000 old roses.

In Rose, a cultural history of the flower, author Catherine Horwood traces how roses have been woven into traditions, rituals and symbolism since the ancient civilisations. But it was during the 19th century that plant hunters, collectors and breeders all contributed to a boom in their cultivation; when the China roses were brought to Europe it opened up new possibilities – they had a long flowering season, distinctive scent and a new palette of colours, all of which could be bred into new hybrids.

Roses can loosely be divided into old and modern. The old roses are once flowering gallicas, damasks, albas, centifolias and the heavenly scented moss roses, or the later-developed repeat-flowering bourbons, China roses, noisettes, Portland and tea roses. The modern roses – floribundas, hybrid teas, polyanthus, grandifloras, shrub roses – were developed from the 19th century. In 1867 Jean-Baptiste Guillot bred the first hybrid tea rose, “La France”, and in the same decade, Wiltshire farmer Henry Bennett formalised the breeding system and introduced 10 hybrid teas, from which our modern garden roses are descended.

Using roses in wilder settings is also seeing a revival. Lady Ursula Cholmeley has restored 12 acres of borders, terraces and meadows within Easton Walled Garden in Lincolnshire. Among her ideas was a wildflower meadow, where roses would be trained on tall metal supports of her own design.

As the plant’s stems reach the top of the support they are then trained down onto strainers – when a rose stem is pulled down it will produce many more lateral flowering shoots. “We are still learning,” says Cholmeley of her rose meadow, where in midsummer fountains of roses float above vetches, orchids and golden grasses. “The roses need to be vigorous and the stems need to be lax enough for training, and some are not hardy enough – there’s a ferocious frost pocket on the meadow.”

Her favourites include the ramblers, the blush white “Adélaïde d’Orléans” and magenta “Veilchenblau”, as well as David Austin’s “Lady of Shalott” and “The Lark Ascending”, as she finds peach-coloured blooms are beautiful against the grasses. She also cites the wild rose “Stanwell Perpetual” with its soft pink flowers; in meadow settings, the wild roses (including rugosa, spinosa, moyesii and dog roses) tend to fare better – and they are often better for pollinators too with their simple, open flowers followed by juicy hips for the birds.

Elsewhere, maximising flower production via intricate rose training has turned the dormant winter plants into works of art. Jenny Barnes, head gardener at Cottesbrooke Hall in Northamptonshire, has become known for her magnificent, sculptural trained roses that spiral across mellow old walls or are woven into latticed domes that will be smothered in flowers by summer. Later this year she will be teaching courses in her pruning methods.

Nick Knight, meanwhile, has been fascinated by roses for decades – his only tattoo from “a misspent youth” depicts a single rose. He first began photographing them for the Natural History Museum’s Plant Power installation in 1993. “I thought there was a real beauty – and a changing beauty – even in a single bloom of this flower,” he says.

Almost a decade ago the photographer started taking pictures of roses cut from his garden that were simply arranged using only daylight at his kitchen table, and were then adjusted with Instagram filters and posted via the app. The ethereal images tapped into the rich history of the Dutch masters but through Knight’s lens were starkly modern too. When the art collector Michael Hue-Williams suggested an exhibition, where the iPhone images would be epically scaled up, Knight took his files and fed them into AI software. The printed works are neither photography nor painting but draw on both. “If you stand 10 feet in front of one of these images it looks as if it has the language of a 17th-century still life – but when you get close the texture is so modern, so new,” he says. “There are areas that look like watercolours and other areas that look like circuit boards.” His mesmerising Roses From My Garden series is being exhibited again with new work this summer at Waddesdon Manor in Oxfordshire, and he continues to grow and photograph roses. “I don’t want to over-romanticise it, but it’s a relationship, and I am going to keep going back to it. I don’t ever tire of it.”